This page features a rare Naoko Takeuchi Interview in Spa Magazine Issue 5.25 1994. Naoko Takeuchi, creator of Sailor Moon, has very rarely granted interviews over her expansive 20 year career after having created one of the most iconic comic and animated series of all time. This is a special treat to find in Japanese, and such interviews are almost never officially published in English.

Sincere thanks to ainomessage for translating this article for Miss Dream! Scans courtesy of Mizuno Caitlin of Wild Mushroomland.

“The Princess of Holy Moonlight” 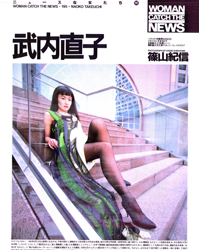 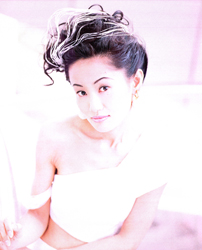 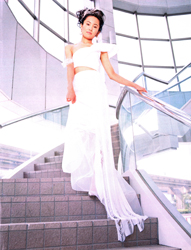 “How pretty, she looks like the Princess of Thailand…” comes a voice of admiration from the gallery and followed by her court of stylists and makeup artists and walking with the gait of a foreign queen, our heroine appears. At that moment, the perfect phrase came to mind.

Her popular manga “Pretty Guardian Sailor Moon” certainly included a magnificent story of reincarnation. In an ancient kingdom of the moon during the Silver Millennium Princess Serenity and Prince of the Earth Endymion suffer a tragic love story and are reborn in modern Japan as Usagi Tsukino (Sailor Moon) and Mamoru Chiba (Tuxedo Mask). Along with fellow Sailor Guardians named after the planets Mercury, Mars, Jupiter, and Venus, they fight enemies named after the stones Jadeite, Nephrite, Zoicite, and Kunzite. The story takes a sudden turn and the warp into the distant future in the 30th century. I understood that it was a combination of a school love comic with transformer sentai aspects, but when I read the original work I was overwhelmed by the magnificent story that transcends space and time so freely. 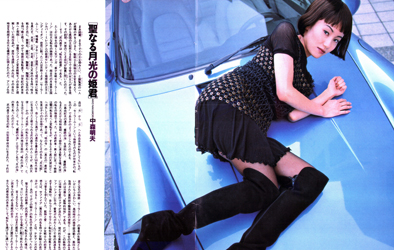 The anime has moved on from “R” (Return) to “S” (Super) but the “Sailor Moon” story itself seems like the rebirth of something. I recalled Yukio Mishima’s “The Sea of Fertility.” “The Sea of Fertility” is a story of reincarnation that follows a holy demon (angel) from the Taisho period to the late Showa period. In the last volume, Part 4, the climax of the story involves a fake reincarnation, but where did the real angel go? In Part 3, “The Temple of Dawn,” the (true) reincarnation had been the Princess of Thailand, and her name was written “Moonlight Princess (Jin Jan).” Born in the late 60s when Mishima was writing the anthology, Naoko Takeuchi could have been the daughter of the true angel’s reincarnation, the “Moonlight Princess!”, I thought. Indeed, Sailor Moon originated from the “Mare Serenitatis,” a Latin name for a “sea on the moon.”
Naoko Takeuchi was born in Yamanashi prefecture’s city of gems, Koufu. How incredibly well suited as the birthplace of the creator of a story like “Sailor Moon,” which features planets and gems. Her earth sciences club activities during high school, the qualifications she earned in college as a pharmacist and clinical research technician led to a by-the-book “mineral knowledge” being persistent throughout her work. However, inside these minerals flowed the hot magma of love. She has the passion to wrap her modern beauty in super trendy fashion and speed down the highway in her beloved Porsche as well as the love of manga that makes her collect Sailor Moon parody books. Minerals and love… When I think of the past lives of the young girl soldiers the young girl knight named Sapphire comes to mind. Then I wonder, could “Sailor Moon” be the reincarnation of that manga that started the girls’ genre, “Princess Knight”? Princess of the Holy Moonlight, Naoko Takeuchi, reincarnation of the demon, in what era and what place will she appear next? It goes without saying that no matter how old the Sailor Moon readers are at that time, they’ll be watching… In the future of these girls who have yet to blossom I want to see them accomplish “rebirth”!