How was your Mother’s Day, Dreamers?

This week’s update features some more doujin uploads from our generous donor, dawnlight6, including a few issues of the A Zone series, made by the creator of Azumanga Daioh, Azuma Kiyohiko! Also, the airing of Sailor Moon Crystal, Act 31!

Last week, Keiko Kitagawa (Sailor Mars) married singer, DAIGO, at the Grand Prince Hotel New Takanawa in Tokyo. Keiko first met DAIGO in 2011, when the did a TV drama series together. Among the guests, were her friends since she first met them in 2003, co-stars of Pretty Guardian Sailor Moon live action series, Ayaka Komatsu (Sailor Venus), Sawai Miyuu (Sailor Moon), Myuu Azama (Sailor Jupiter), and Rika Izumi (formerly Hama Chisaki) (Sailor Mercury). The four co-stars took to the stage to say, “In the name of the moon, we will congratulate you!” before performing one of PGSM’s songs, “Friend”. Keiko joined in to sing with them, during their performance, which even surprised her new husband. 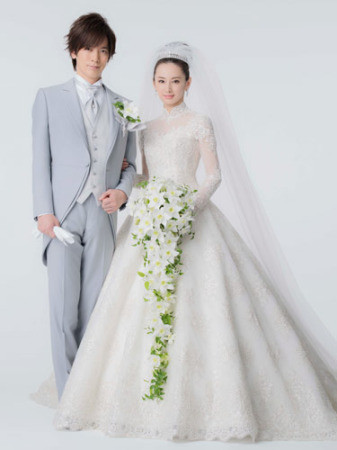 The sixth episode of season 3 is up, the manga equivalent of Act 31. Check out the episode on the official sites!

Click on whichever one, to watch the episode from that site!

We hope you enjoyed these uploads and news bits, and hope you’ll stay tuned for next week’s update.♥ By the way, we do ask that you all donate, not only to keep the server running, but to maybe give Miss Dream a good year! Also, we have expanded our hire us page to a whole separate entity, Fandom Services, so be sure to check that out as well! And, bookmark sailormoonevents.org, for updates on the upcoming Masquerade Ball in 2017! See you next time!