Hello…and sorry for the late posting, Dreamers! My modem was shot, and had to get a new one.

This week’s update features some more doujin uploads from our generous donor, dawnlight6! Also, the airing of Sailor Moon Crystal, Act 33, and the inner senshi cast and dates for the 2016 SeraMyu have been announced!

The eighth episode of season 3 is up, the manga equivalent of Act 33. Check out the episode on the official sites!

Click on whichever one, to watch the episode from that site!

This past weekend, the official 20th Anniversary Sailor Moon site updated to announce the new inner senshi cast, for the upcoming 2016 Sailor Moon musical. And let’s introduce the cast, and read their notes: 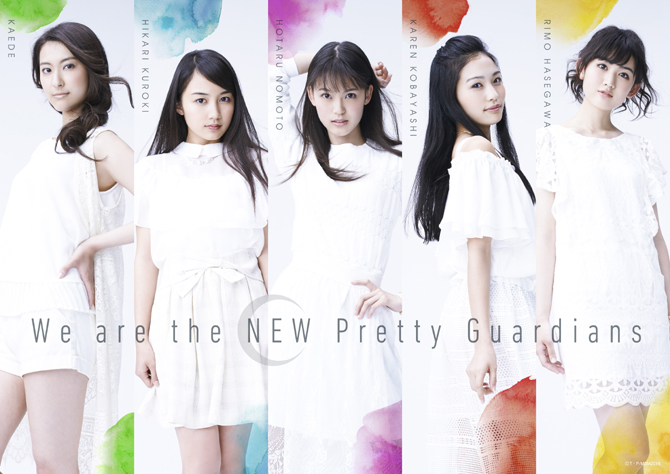 ☆Hotaru Nomoto as Sailor Moon/Usagi Tsukino
Nice to meet you. I’m Hotaru Nomoto and I’ll be playing Sailor Moon/Usagi Tsukino. I’ve been
nervous for days leading up to the announcement and it already feels like my heart is going to
jump out of my chest. I never even dreamed that I’d be playing Sailor Moon. Until I can wear the
Guardian costume and appear in front of you all, I won’t feel like it’s real. I’ll do my best so that
we can live up to the history of Sera Myu and to bring you a wonderful performance with the
other Guardians. I’m going to work my hardest to bring you a charming and lovable Usagi, so
please give me your support!

☆Hikari Kuroki as Sailor Mercury/Ami Mizuno
Nice to meet you. I’m Hikari Kuroki and I’ll be playing Sailor Mercury/Ami Mizuno. This is my
first time appearing in a play or musical, so I’m really excited. Ami Mizuno is a refined and kind
person, a little ditzy but very intelligent, the kind of girl anyone would look up to…I don’t think
I’m much like her, but I’m going to work hard to become as close to Ami as I can! I’m nervous,
but I’m going to do my best to become the Ami Mizuno you all know so please give me your
support!

☆Karen Kobayashi as Sailor Mars/Rei Hino
I’m Karen Kobayashi, playing Sailor Mars/Rei Hino. Sera Myu is stage show loved by many
people. The same is true of the 5 actresses who played the 5 Sailor Guardians up until now. I
actually went to the show last year and really felt the strength of the bonds between those 5 girls,
and really wanted to act in a play as moving as this! When it was decided that I would be in the
next show, I was so happy I broke down in tears. I’m going to give my all to become more and
more like Rei Hino, to fall in love with my companions, and to bring you a play overflowing
with love and friendship! Please give me your support!

☆Kaede as Sailor Jupiter/Makoto Kino
Nice to meet you. I’m Kaede and I will be playing the role of Sailor Jupiter/Makoto Kino. When
I was little, my brother and I played Sailor Moon games together. When I set out to be an actress,
my ultimate goal was to be in Sera Myu. I’m very happy to be able to take part in this show. The
manga, the anime, the musicals… there are so many fans that treasure Sailor Moon, so above all
I want to treasure this role! Using the experiences I’ve gained from my work as a model, I’ll do
my best to show you a feminine, cool Jupiter!

☆Rimo Hasegawa as Sailor Venus/Minako Aino
I’m Rimo Hasegawa and I’m playing Sailor Venus/Minako Aino. It is a great privilege to star in
a series that has been running since before I was born. There are manga fans, anime fans, and
Sera Myu fans – many people who love Sailor Moon, and to jump into a series with such a long
history makes me excited and nervous. I’ll do my absolute best to portray Minako, who is both a
normal girl who wants to be an idol and the brave leader of the 5 Guardians. The musicals exist
because you all keep coming to the theater, and I want to create a dream show along with all of
the Sailor Moon fans around the world. Please come to see us at the theater.

Also, the dates for this year’s musical, as it will be played in three cities in Japan, this year!

Times for each performance and venue are to be announced, at this time.

SOURCE: http://sailormoon-official.com/musical/news/5_9.php
NOTE: Special thanks to Katie, for the translation.

Our garage sale is still going on! Go check out what’s new in our store by clicking here, and buy some today!

We hope you enjoyed these uploads and news bits, and hope you’ll stay tuned for next week’s update.♥ By the way, we do ask that you all donate, not only to keep the server running, but to maybe give Miss Dream a good year! Also, we have expanded our hire us page to a whole separate entity, Fandom Services, so be sure to check that out as well! And, bookmark sailormoonevents.org, for updates on the upcoming Masquerade Ball in 2017! See you next time!