With San Diego Comic Con over, we recap the news that Viz Media shared at their Sailor Moon panel. 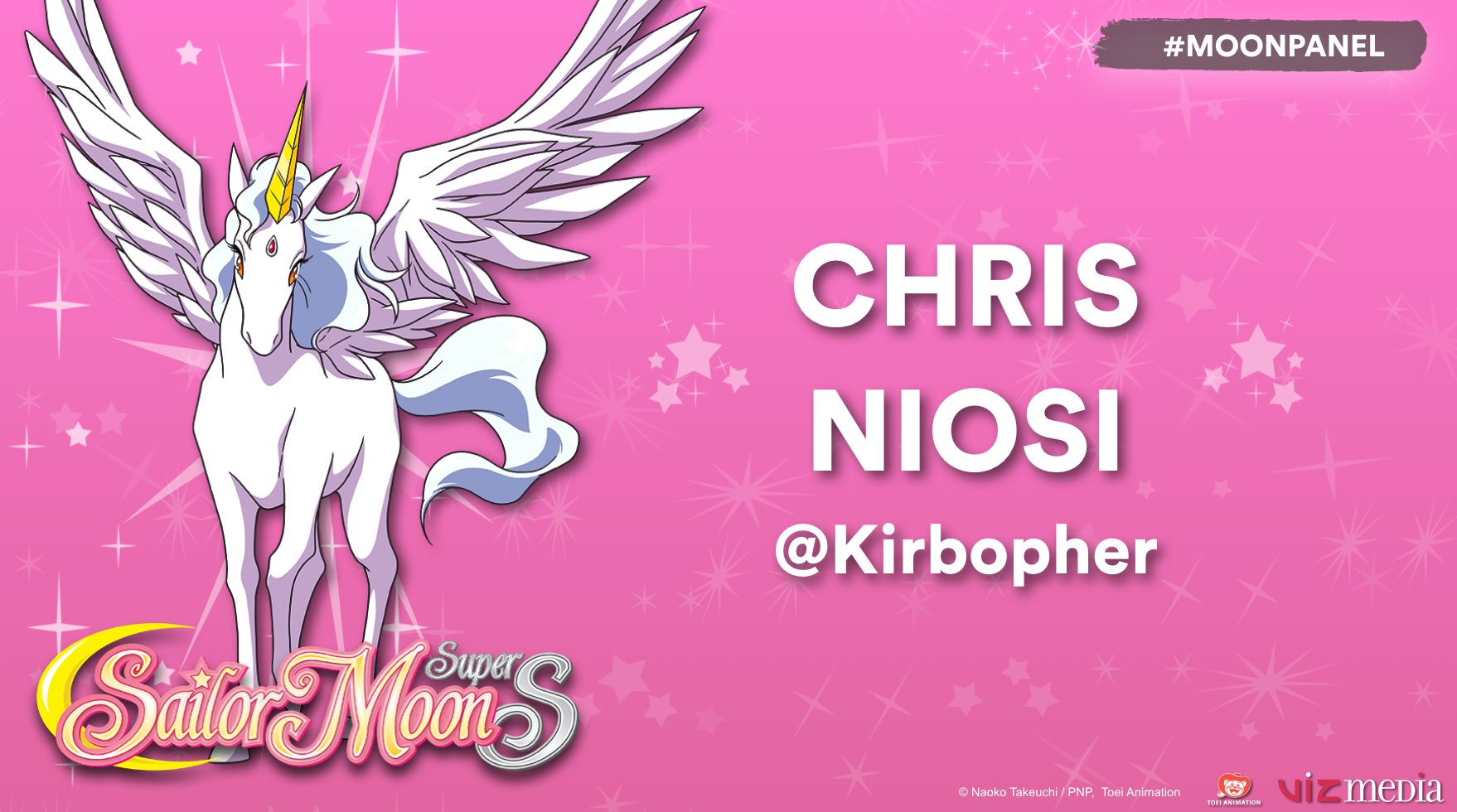 First, they announced that Chris Noisi will be voicing Pegasus/Helios in Sailor Moon SuperS AND Crystal’s Dream Arc movies. Noisi was known to the internet community as the animator for various clips, such as the famous “Leather Pants” music video for the parodied series, Yu-Gi-Oh: The Abridged Series, as well as other work on his Youtube page, such as his Did You Know Voice Acting series, where he mentions the Cloverway dub’s cast in his Marvel Avengers DYKVA piece, which you can see here. He also has done voice acting in other anime…you can see which ones here.

Anyways, congrats to Chris on making this role and hope he does well. BTW, this is his tweet, after he was announced…

The other thing was that there’s surprise guests. An NFL star in attendance at the Sailor Moon panel:

Defensive tackler for the Green Bay Packers, Mike Daniels, and his brother Sean!

Mike Daniels was an Iowa Hawkeye before drafted to the Pack! Daniels has a passion for manga and anime. So much so, that he even cosplayed 4th Raikage from the Naruto series, when he attended the Boruto panel at SDCC, the day before, while his brother cosplayed as Killer Bee!

It even caught the attention of the Packers twitter as well:

We already got a preview of Mike’s new look on headshot day. pic.twitter.com/Vyk7fuSWAl

Anyway, it’s great to see even NFL stars can be Moonies, too. You can read the article of how Mike and Sean became anime/manga geeks…just like us, right here! Even Cherami Leigh, voice of Sailor Venus, is a fan of the Packers! So, we have a connection! ♥

P.S. I would be interesting if Viz invited Mike to voice Yuji Kayama, in the Sailor Stars dub…since his team is green and all…

Not just Viz, revealing Sailor Moon stuff, others have as well.

We hope you enjoyed these uploads and news, and hope you’ll stay tuned for next week’s update.♥ By the way, we do ask that you all donate, not only to keep the server running, but to maybe give Miss Dream a good year! Also, we have expanded our hire us page to a whole separate entity, Fandom Services, so be sure to check that out as well! And, a reminder that our Garage Sale has expanded with more doujins. Buy One Get One Free with FREE SHIPPING, by going here to get them before they’re gone! See you next time!