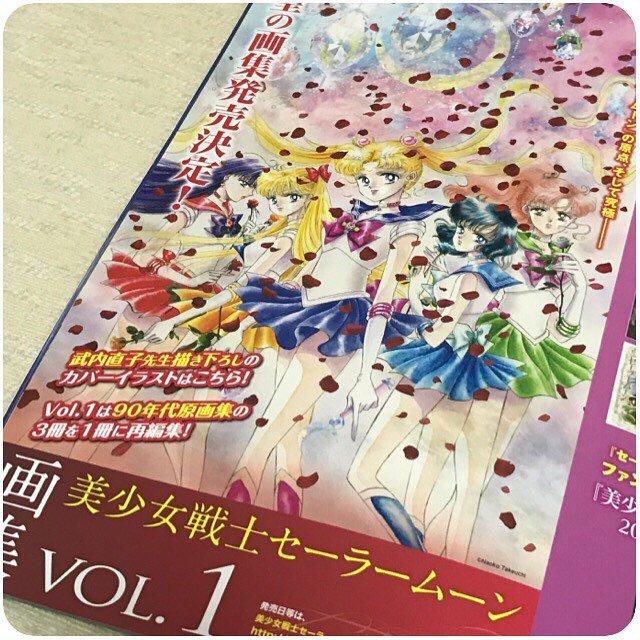 This week’s update finishes our 1993 Newtype magazine uploads. Also, an update on the long-awaited artbooks.

From the pamphlet of Le Mouvement Final–by the way, has started the performances last Friday–we got a new visual update about the long-awaited return of the artbooks. The first volume will contain volumes 1 thru 3 of the original 90s artbooks, combined into one.

Stay tuned to Miss Dream’s facebook and twitter for updates on when it will be released and any other future releases.

Last Sunday (9/10) was Ami’s birthday! And, we’d love to share some tweets to show how they celebrate the day of the kind-hearted genius.

We begin with Viz Media, who shared a dub clip of Sailor Moon Crystal Season III, which will be released in November.

And, while Le Mouvement Final is on it’s third day of its run, HotaruMoon pitched in to help celebrate the birthday of her co-star’s character.

We hope you enjoyed these uploads and news, and hope you’ll stay tuned for next week’s update.♥ By the way, we do ask that you all donate, not only to keep the server running, but to maybe give Miss Dream a good year! Also, we have expanded our hire us page to a whole separate entity, Fandom Services, so be sure to check that out as well! And, a reminder that our Garage Sale has expanded with more doujinshi, check everything out here to get them before they’re gone! See you next time!