Here is a translation of the Sailor Moon Crystal article in Animedia August 2014 issue. Scans and translations by Katie. Formatting by Galadan. 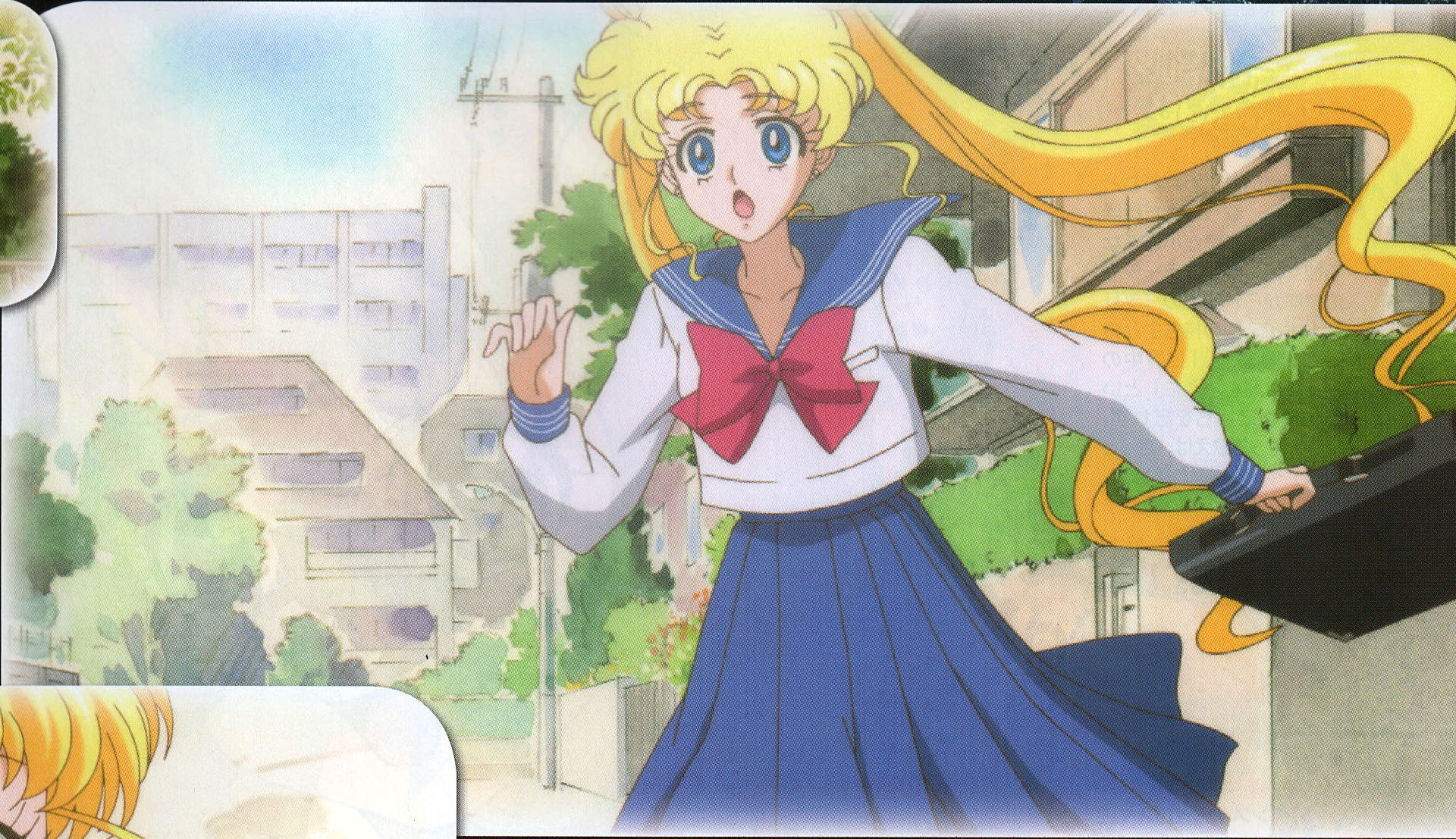 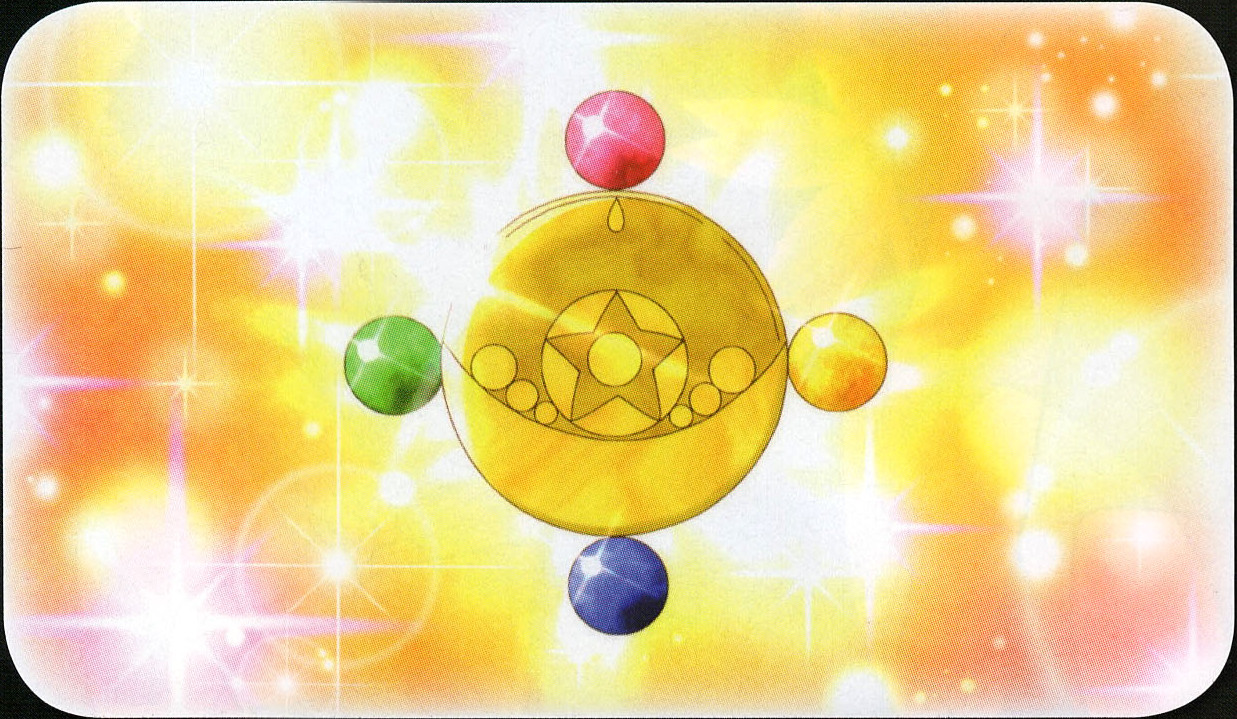 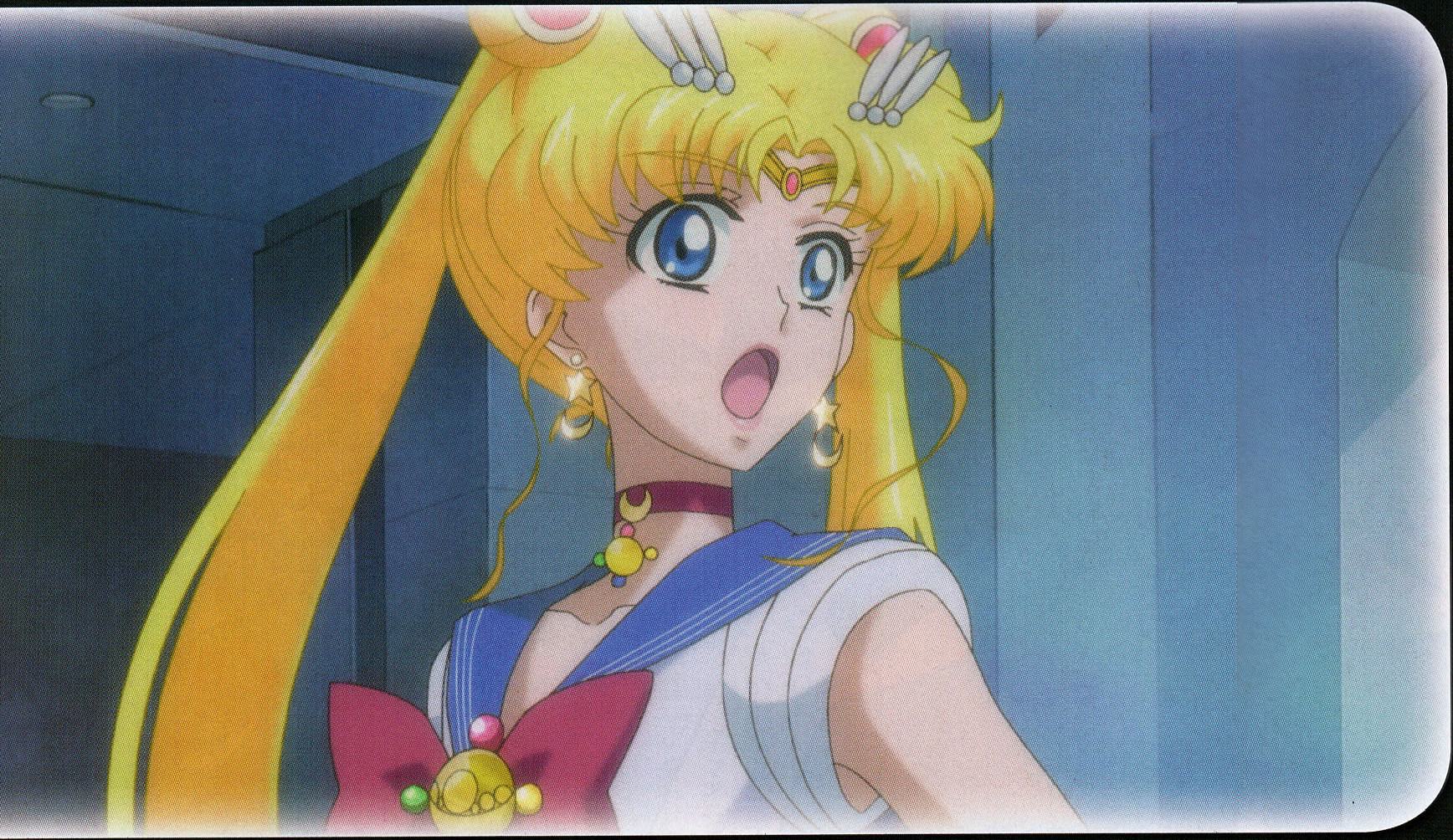 To be a Sailor Guardian is “a maiden’s dream.”

“Pretty Guardian Sailor Moon Crystal” has already begun. 20 years after the publication of the manga, “Sailor Moon” is still going strong! Even for those who just discovered the world of Sailor Moon that lovely transformation scene must have been amazing.

Just like in the original anime, in the first episode the ordinary middle school student Usagi meets Luna the black cat and transforms into Sailor Moon. The story progresses until she defeats a monster for the first time. Usagi is just as naïve as before. Watching her get terrible marks (30 points) on her test, be forced to stand out in the hallway and eat her lunch early without thinking, there must have been many people who felt nostalgic.

We also want you to take note that this version is more faithful to the original manga. For example, the mysterious dream Usagi has at the beginning, and the appearance of Ami Mizuno (Sailor Mercury) at the end. This new series will continue to faithfully follow the original manga. In our July issue director Munehisa Sakai said “As part of our new presentation, an important scene that occurs much later in the story is going to appear in the first episode.” Perhaps that was the scene he was referring to. Furthermore, in the original anime Sailor Moon’s attack was called “Moon Tiara Action” but this version changed it to “Moon Tiara Boomerang” to match the manga.

Sailor Moon’s outfit and accessories are especially worthy of mention during her transformation and battle scenes. Her hair accessories, earrings, lipstick… these are the “maiden’s dream” that all girls embrace, but this time they were more incorporated into the show than in the original anime. Even the name “Crystal” is the very embodiment of “a maiden’s dream” and it turned out to be a dazzling story.

After Ami appears in episode two we’ll see Rei Hino/Sailor Mars, and later the rest of Usagi’s irreplaceable friends will show up one after the other. We’re certain these girls will bring forth “the maiden’s dream” through all of those famous scenes. 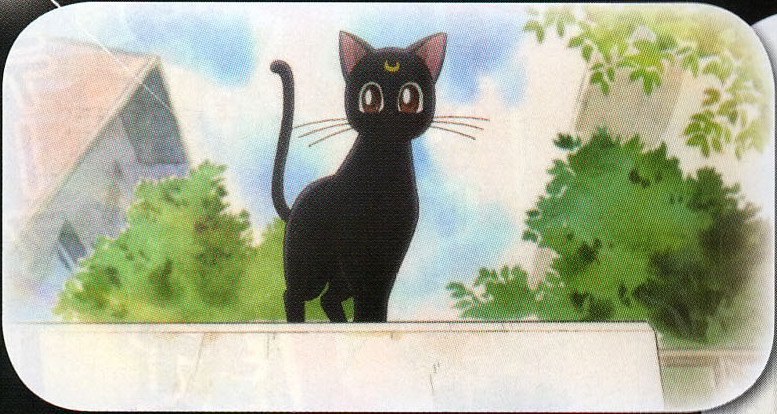 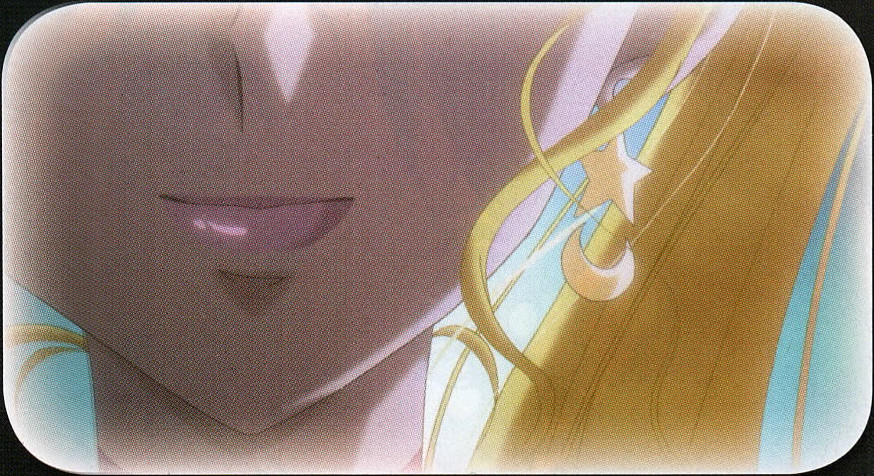 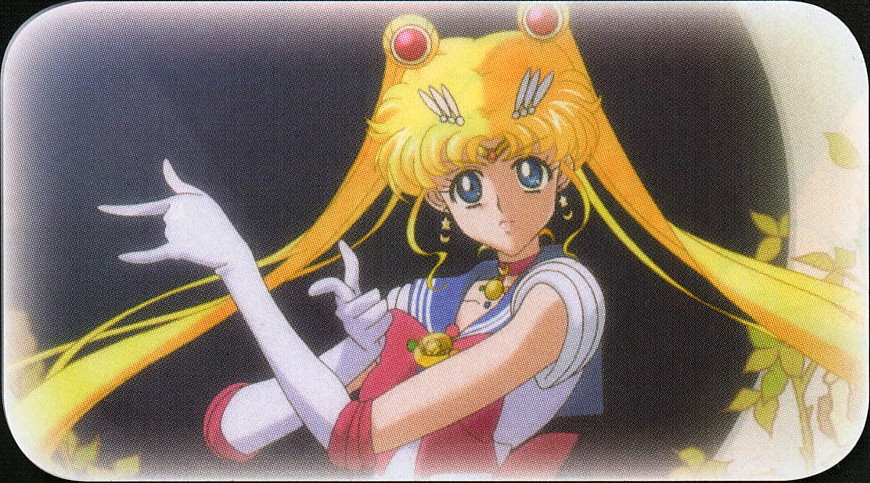 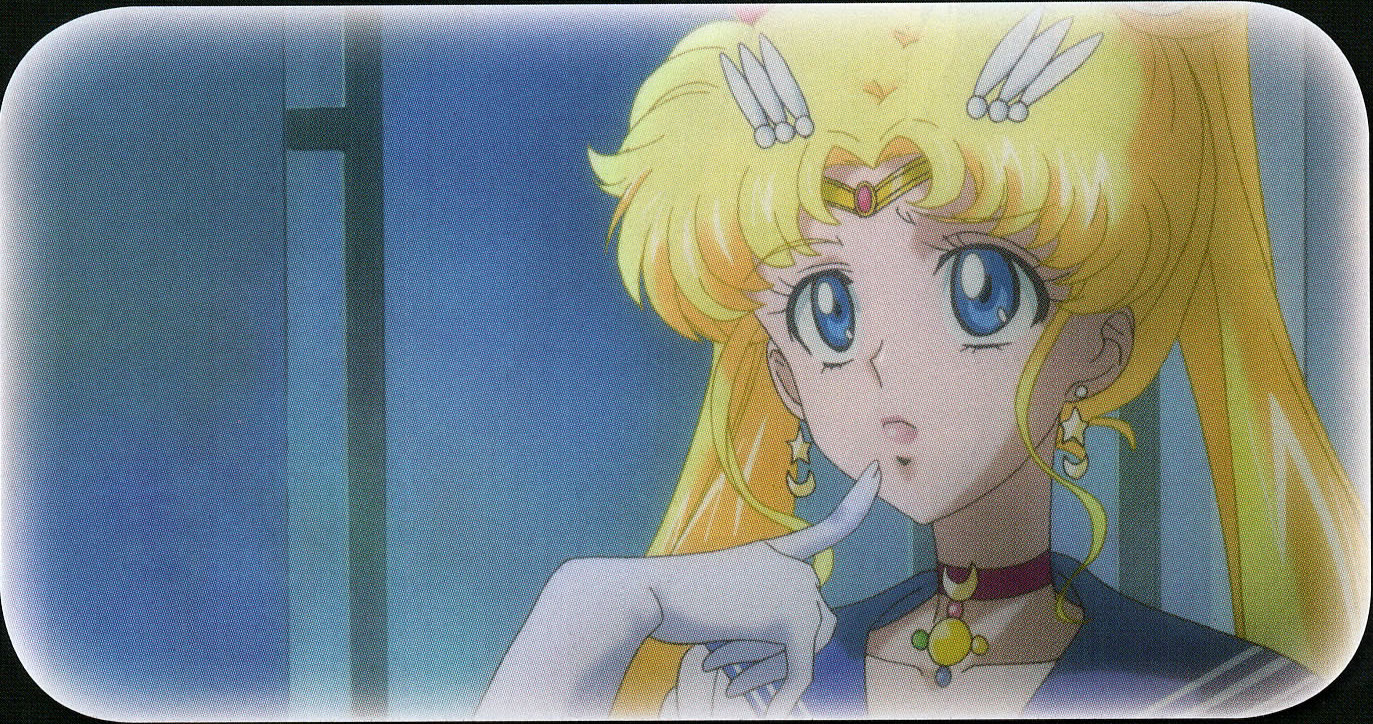 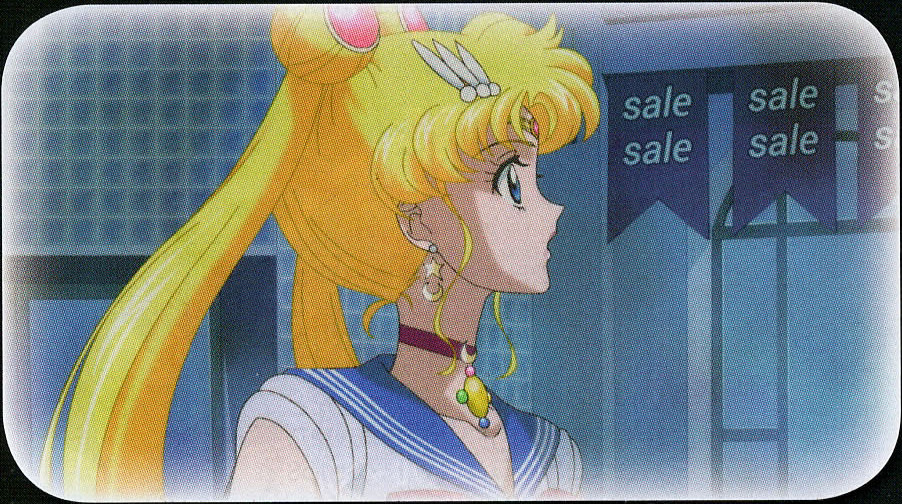 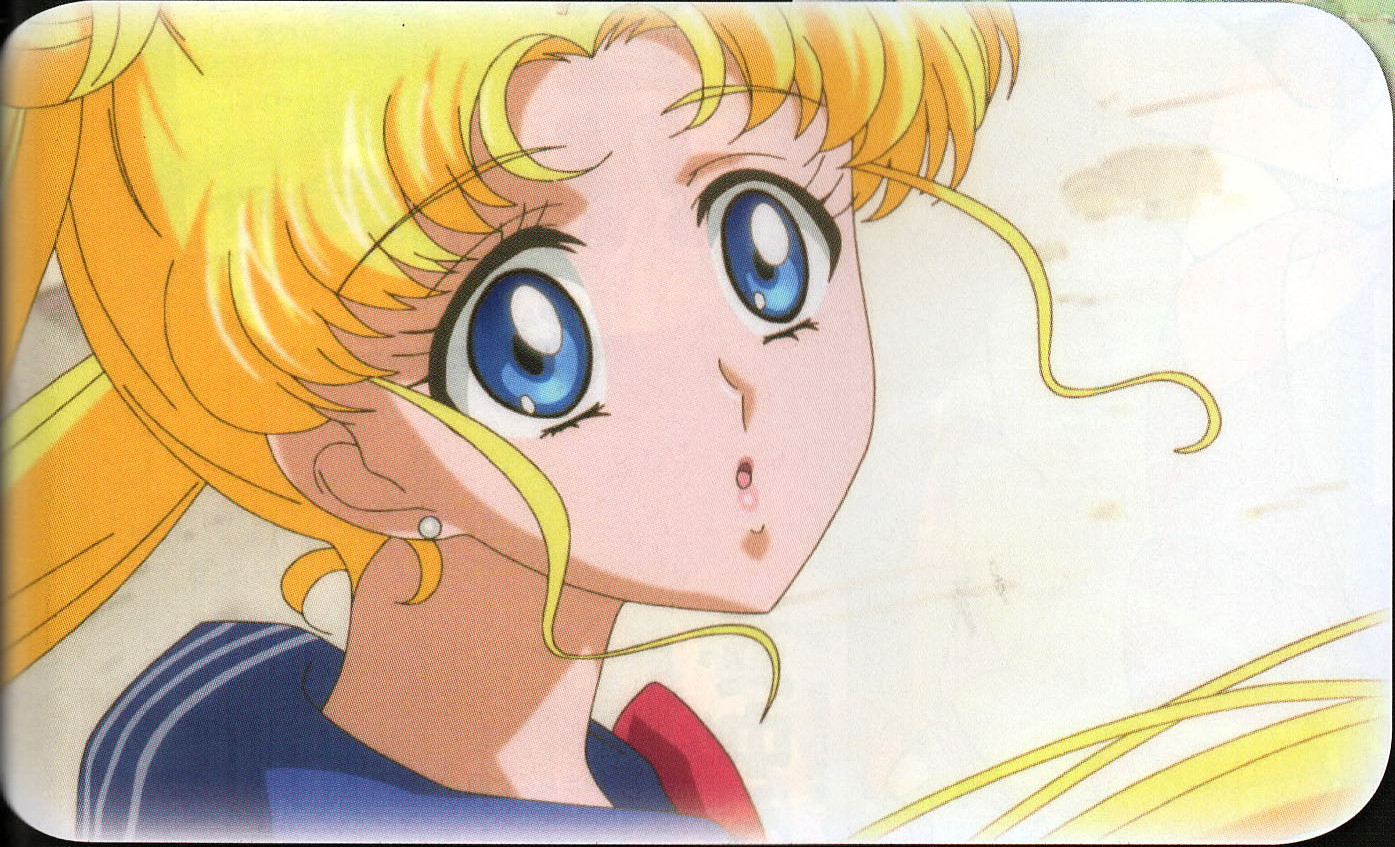 She’s a little bit of a clumsy crybaby, but she’s a cheerful and energetic student in her second year of middle school. She meets Luna in the first episode and gains the power to transform into Sailor Moon. 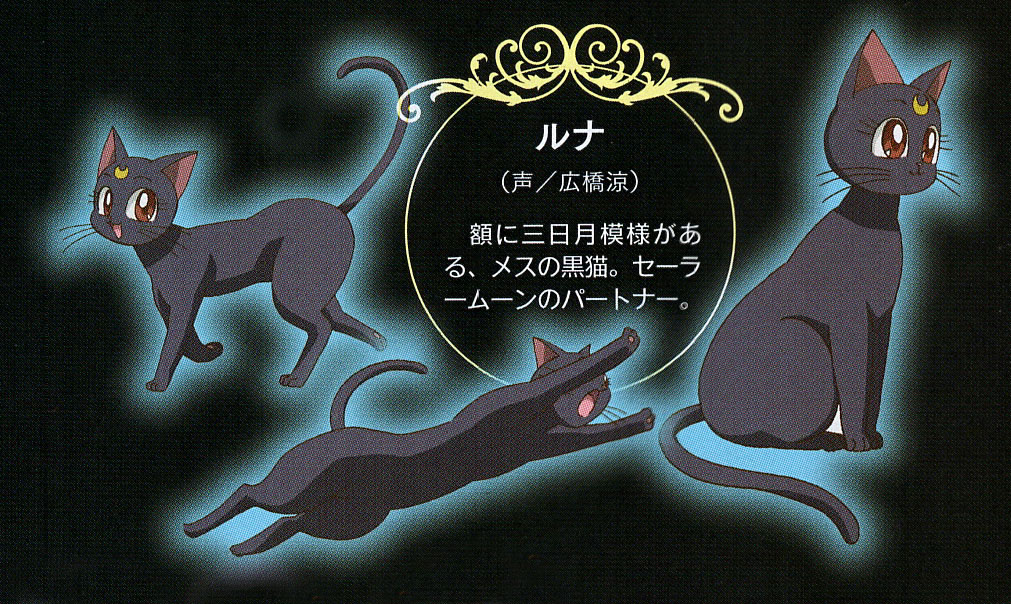 A female black cat with a crescent moon shape on her forehead. She’s Sailor Moon’s partner. 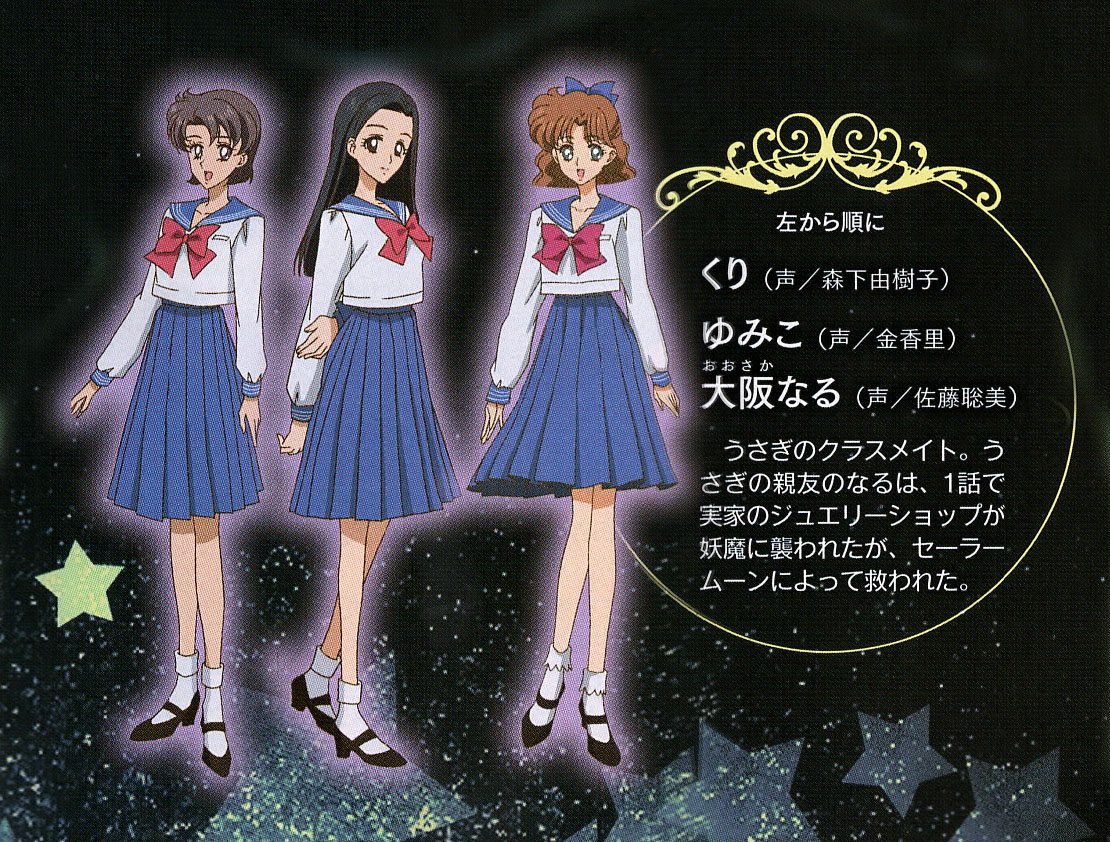 Usagi’s classmates. Usagi’s best friend Naru’s family jewelry shop is targeted by a monster in the first episode, but Sailor Moon saves them. 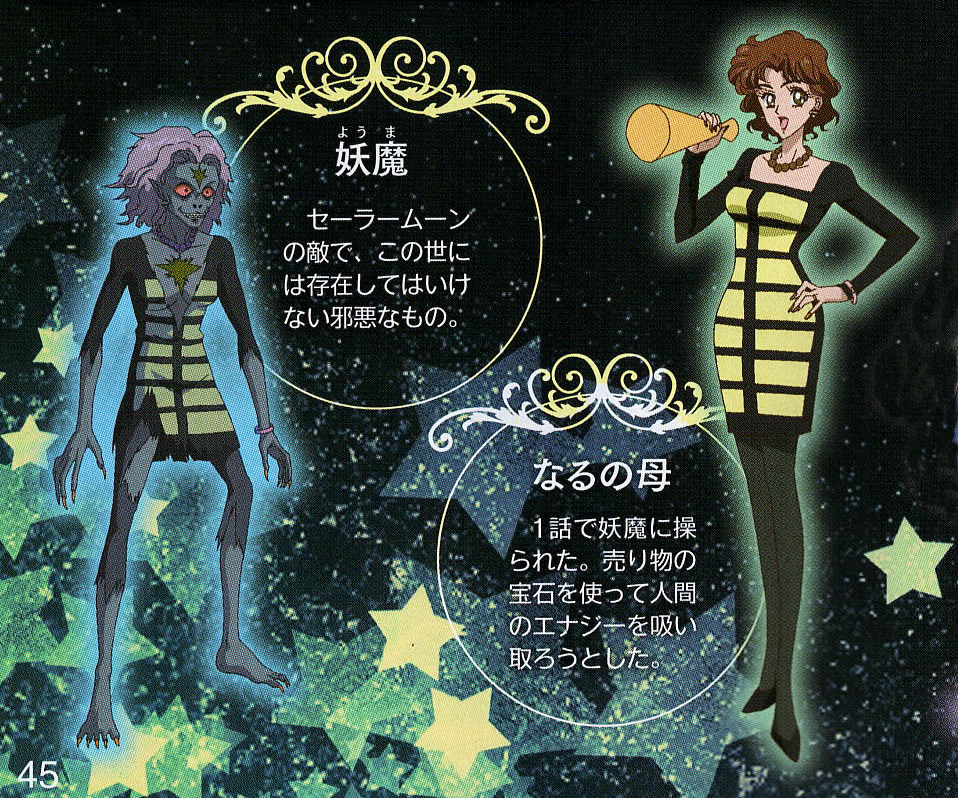 Sailor Moon’s enemy is an evil that shouldn’t be found in this world.

She is captured by a monster in the first episode. It was trying to steal the energy from humans with jewelry. 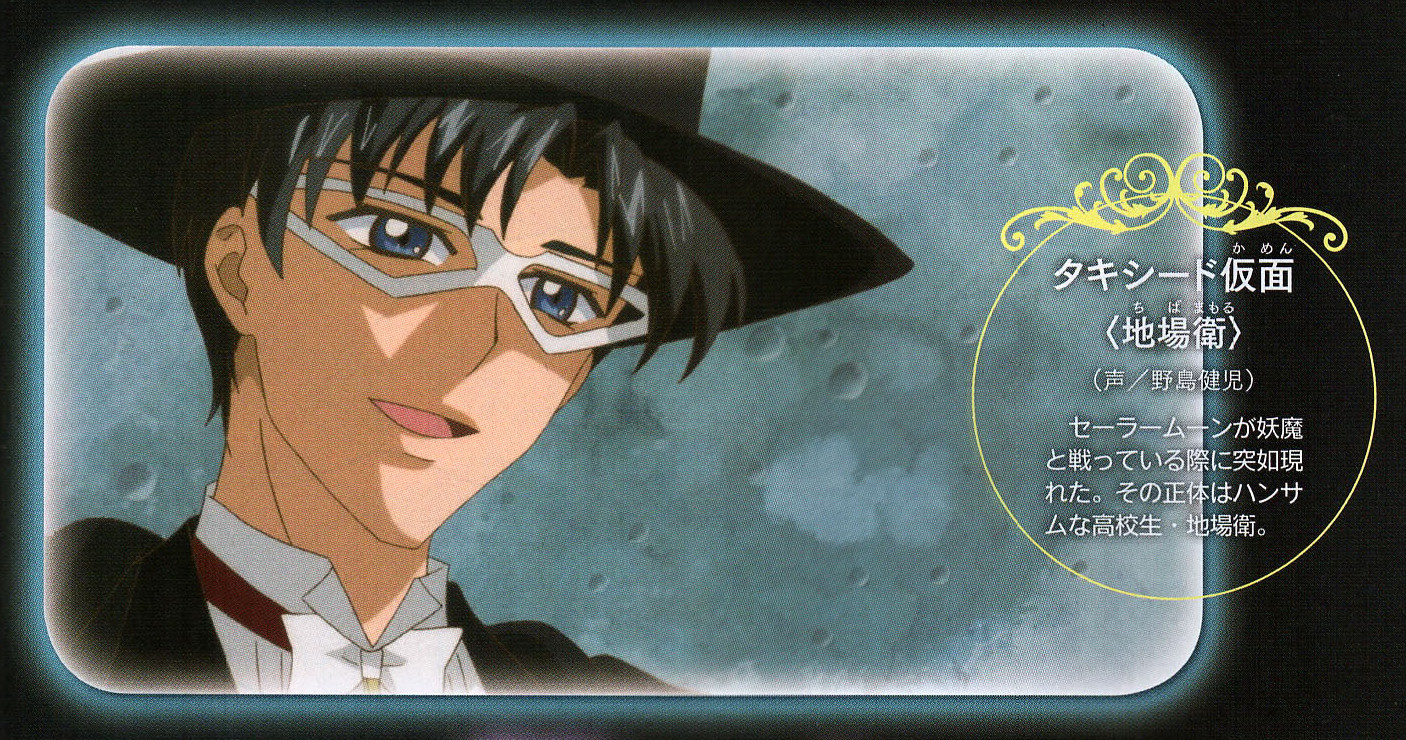 Comes to assist Sailor Moon when she battles against the monster. His true identity is the handsome high school student, Chiba Mamoru.

A young man who works part time at the game center Usagi frequents. 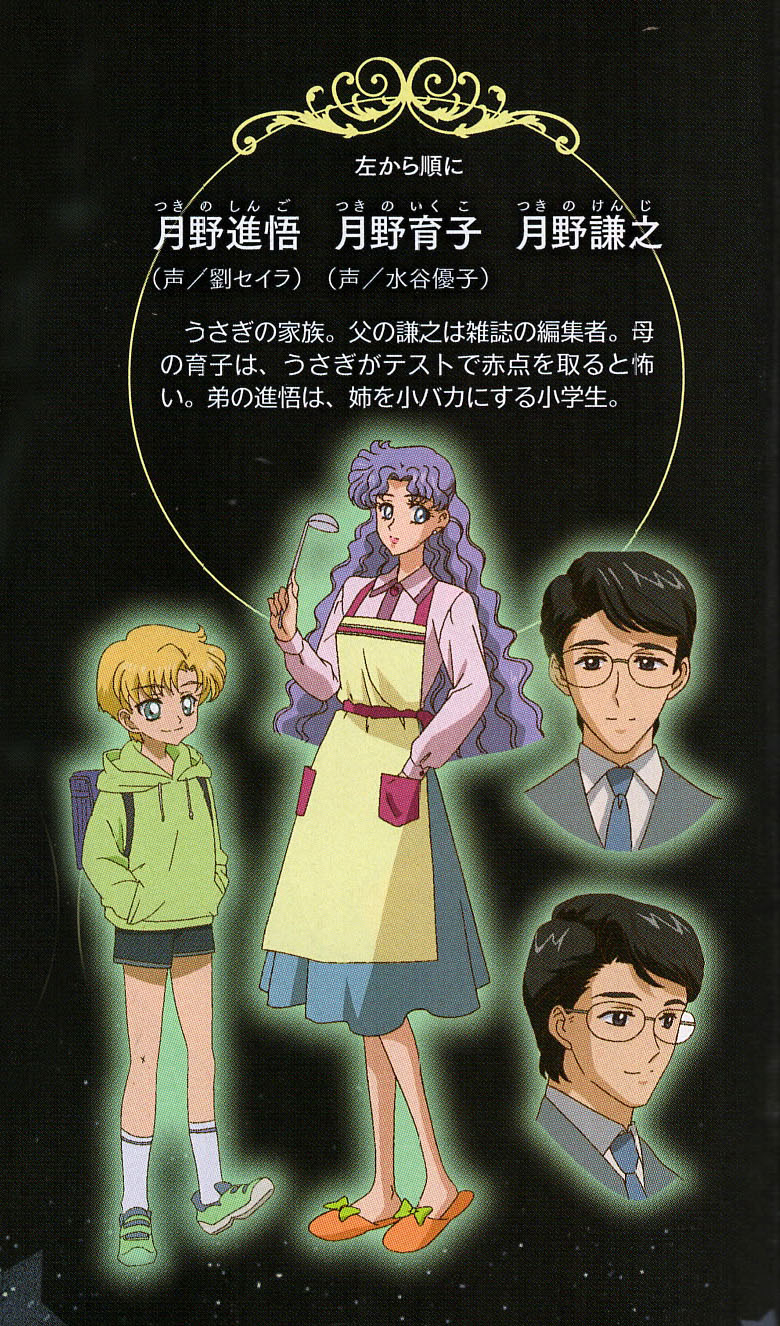 Usagi’s family. Her father Kenji is a magazine editor. Her mother Ikuko is scary when Usagi gets bad grades. Her little brother Shingo is an elementary schooler who makes fun of his sister.

Pretty Guardian Sailor Moon Crystal
Every 1st and 3rd Saturday at 7:00pm on Nico Nico Douga and other streaming sites. © Naoko Takeuchi / PNP / Kodansha / Toei Animation
http://sailormoon-official.com/animation
STORY – Usagi Tsukino gained the power to transform into Sailor Moon, was helped by Tuxedo Mask, and somehow defeated a monster. However, she doesn’t want to go through something that scary ever again and she turns her back on her power. Even still, her partner Luna the black cat is saying “You have to hurry and find the other Sailor Guardians and the Princess”…